What's going in out front the Post Falls Wal Mart?

I've been getting a few questions asking what is going in the front half of the Post Falls Wal Mart store ( the one on E. Mullan Ave.) . A large block of the parking lot has been dug up and construction fencing surrounds the mystery site. So, just what is the reason behind all this new construction? 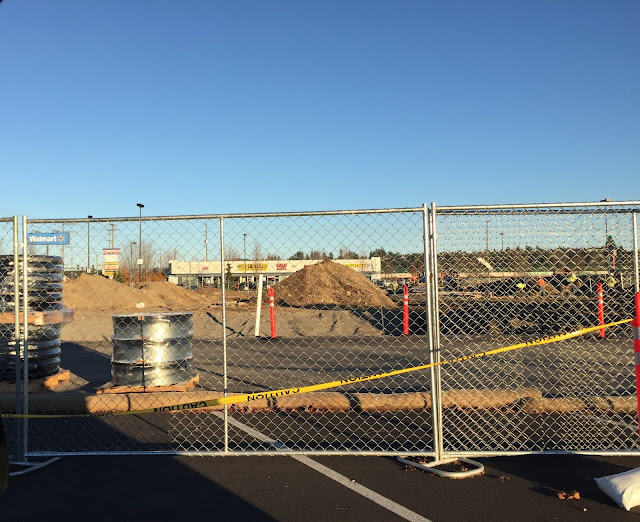 The Post Falls Wal Mart gas station should be open by the end of the year but no specific opening date has been set just yet. Exact plans aren't available but many of the other Wal Mart gas station locations have included a small convenience store or at the very least a small building to pay at.

Having a gas station at Wal Mart is nothing new for Post Falls, just not in recent years. The site that is now occupied by a Burger King was once a gas station leased by Wal Mart to Tesoro which operated under the Mirastar gas station branding. That gas station however was demolished and eventually converted to the site of the fast food restaurant that stands there today.

Posted by Matthew Behringer at 6:24 PM