The new Panera Bread at US 95 & Prairie Ave in Hayden has been open for almost 2 months now. And Junior's Barbeque in the same development earning positive reviews from Spokane How's Business after only a few months in business ( that article here- http://www.spokanehowsbusiness.com/news/archiveStory.asp?theArticle=4531 ) . But these two new restaurants are apparently only the start of some new places to eat for the suburban felling city just north of Coeur d' Alene. 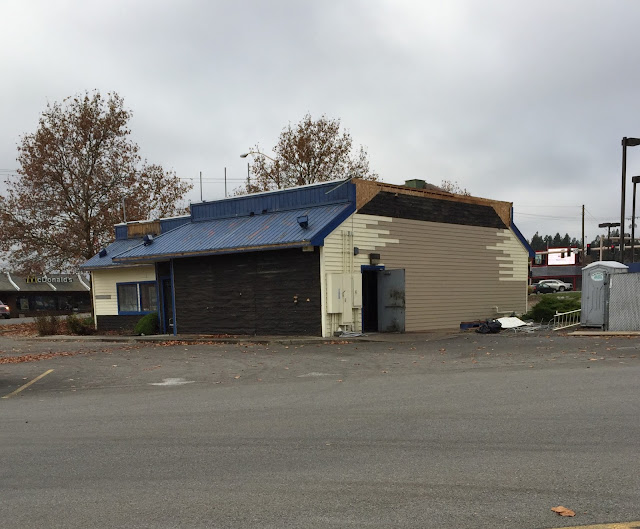 On the far northern side of Coeur d' Alene at 327 W. Hanley Ave. has sat a vacant fast food restaurant since it's tenant Skipper's made the long move across the parking lot to inside the Silver Lake Mall. But as is evident in the photo above work crews have descended on the building and judging by the view through the open back door the space has been mostly gutted.

Plans are for the former Skipper's building to be remodeled and converted to a location of the Dickey's Barbeque Pit chain. This will be the company's first location in North Idaho, however it is the same chain that operates two stores in Spokane, one in the Wandermere area and a relatively new location on Sprague in Spokane Valley. 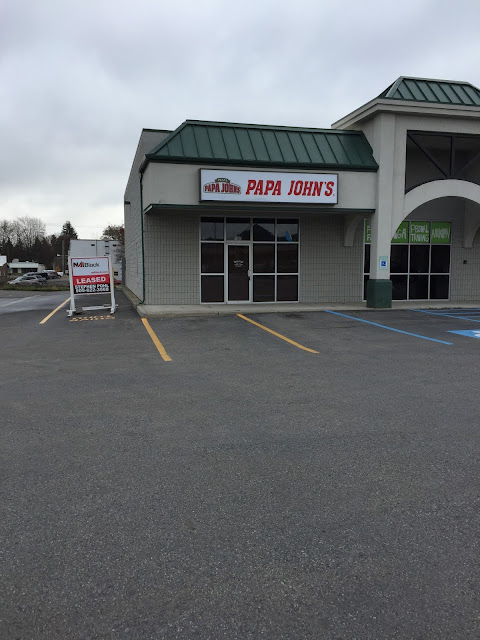 A few years after Papa John's made an abrupt exit from both Coeur d' Alene and Spokane, the pizza chain is making it's return to the North Idaho pizza market with a new franchise opening soon in Hayden ( Papa John's returned to Spokane well before North Idaho, and now several locations operate there ) .

The new Hayden Papa John's is in the same shopping center as the Hayden Super 1 grocery store in the space that was a short lived restaurant called Lava Dog. We don't have an opening date yet but it should open within the next few weeks and will deliver. 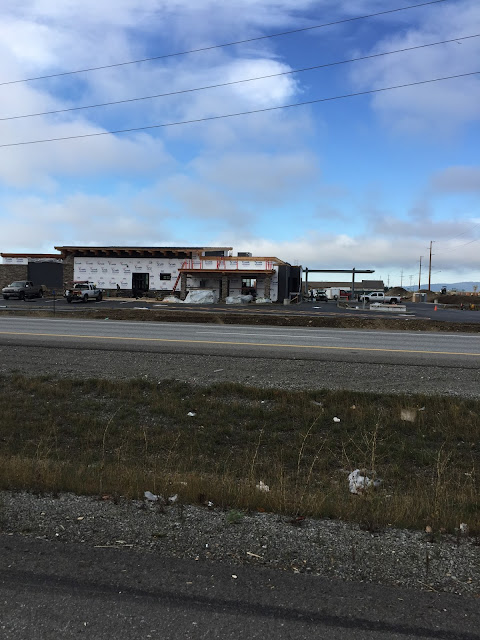 Also... To the south of Hayden, further into Coeur d' Alene we're seeing a couple more new restaurants which we will likely share in another post. One of which being Gross Donuts ( is that really the best name they could find? ) in the former Freedom Burrito building at US 95 & Cherry Ln. .There is a rumor that Gross Donuts is a branch off of The Donut House in Hayden, given that Gross is that business owner's last name but they recently cleared that up, that they are not affiliated but hinted that Gross Donuts is owned by a family member of there's.

Some construction work has also started for Cosmic Cowboy Grill which will occupy the front building at the Appleway Square shopping center ( US 95 & Haycraft Ave. ) . We're honestly not sure of exactly what the menu will be like at Cosmic Cowboy but they are doing a full remodel of the small building that used to house Wigs & Things and a picture framing business.

And, on a positive note the area's only sushi food truck Rawdeadfish should return to service this weekend in the Best Food Court food truck pod after a fire heavily damaged their truck a couple of months ago. Please keep them in mind as I'm sure the down time had to hurt with them being a small business...


Posted by Matthew Behringer at 5:13 PM