Construction work has already begun on what is probably the coolest building re-development in Downtown Spokane for sometime. The project involves basically a complete re-build of the building that formerly housed the Carr's Corner bar at the corner of 3rd & Washington on the south side of Downtown Spokane. 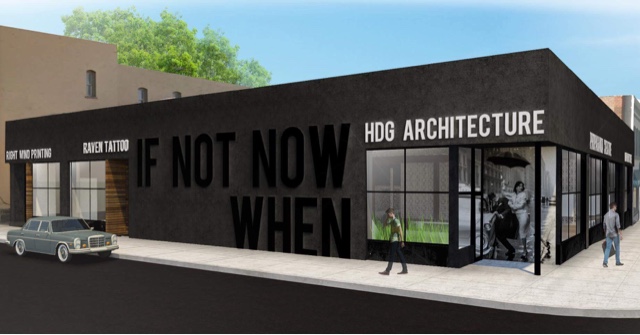 HDG Property Holdings, with financing from Numerica, is replacing the exterior, HVAC , windows ( switching to energy efficient windows ) , roofing , polishing stucco in jet black and more to convert the building for multiple tenants. Two of those tenants are from the owners themselves , both HDG Hissong + Hurtado Design Group and Propaganda Creative will relocate their offices to the building from another site near the Ridpath elsewhere in Downtown. Together they will occupy about 3800 sq. feet of space directly at the corner in the building.

In addition to these two companies some smaller storefronts will be re-built and occupied by other business. These businesses include Paradigm Skate Shop, Raven Tattoo and a new tenant Right Mind Printing a growing apparel printing company. 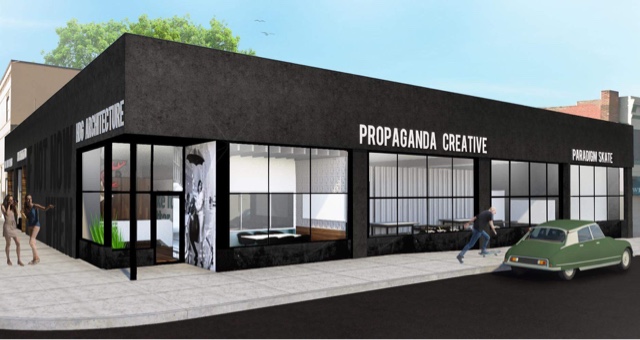 In addition the all new look the existing large billboards will be completely removed and an existing small parking lot in the back is being turned into a park for all who occupy the building. The re-development project is estimated to be completed sometime just after Christmas. The building owners also plan on renovating more buildings as often as possible so keep watching as we're confidant we'll see more exciting projects from them in future.