KXLY ran a story last week on this very topic, which you can read in the link below-

It is an interesting story complete with a small photo gallery of what the historic high rise looks like today.

And, given this exciting news and KXLY story. I figured it's time to remind everyone exactly what is planned at the former hotel. The Ridpath will not re-open as a hotel, but instead is being revamped for use as a large apartment complex.

New owner / developer Ron Wells of Wells & Company will convert the building to the new apartments and will change the name to Ridpath Club Apartments .

Here the most recent details on the new Ridpath Club Apartments:

- Opening to new tenants June 2015 , about a year after the originally purposed opening date. This was due to legal issues and a major water pipe leak.

-The building will have " micro apartments " , with studio and 1 bedroom apartments.

- According to the above KXLY story, a waiting list of over 200 has already formed for those apartments.

-The ground floor, and the other empty spaces that from the " Ridpath Block " will be made available as new retail / restaurant spaces. Unclear when business may be able to open in these new spaces, but the above story indicates a bistro / wine bar may be in some of the space.

- The new apartment building will include many on site amenities , including...
-Underground parking garage ( parking does include an additional cost)
-Private storage including bicycle storage
-Fitness Center
-Theater Rooms
-Washer and Dryer in the 1 bedroom units
-Laundry Facilities
-Community Lounge
-Swimming Pool
-Great views of the city and surrounding area's on upper floors.

The apartment floor plans, as purposed when the project was originally started last year- 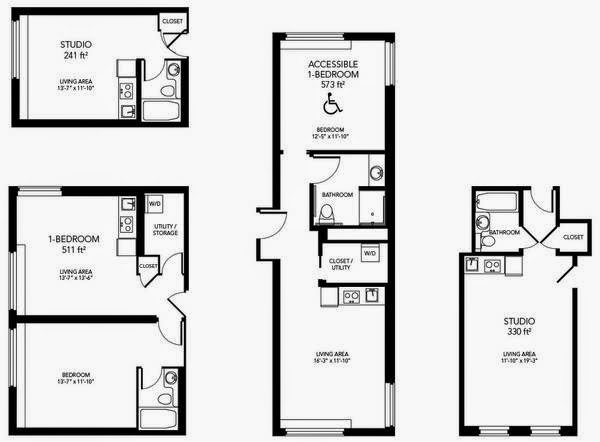 And, the all important rendering of what the building will look like once this project is complete- 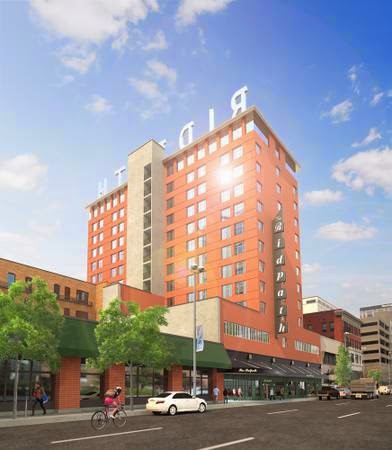 Additionally of interest , The Ridpath had a Motor Inn style hotel across First from the main hotel. This property will not be part of the Ridpath Club Apartment project.

But new life is coming to the motor inn section, nicknamed The Ridpath Annex. That building was purchased late last year by Washington Trust Bank, who will convert that building to office building for much of their Downtown based staff.


For more information on the new Ridpath, including leasing , contact  Wells & Company :

Important note: This is only an article about the new apartments / building project. I am not affiliated with the project and question about the apartments / commercial space should be directed to Wells & Company.

Posted by Matthew Behringer at 10:10 AM