A popular North Idaho restaurant with it roots in Bonner County is taking a big step forward with an all new location opening later this year in Downtown Coeur d' Alene.

The Coeur d' Alene Sweet Lou's location will be located in a leased 3,600 square foot space on the first floor of Downtown Coeur d' Alene's Parkside high rise ( Front St. , near the Library ). The space is currently occupied by the Grille from Ipanama , a Brazilian steakhouse that is planning to move to the Riverstone development in the next few months ( their space is under construction now near the Regal Cinemas ) . Here is a look at the future location with the new building signage- 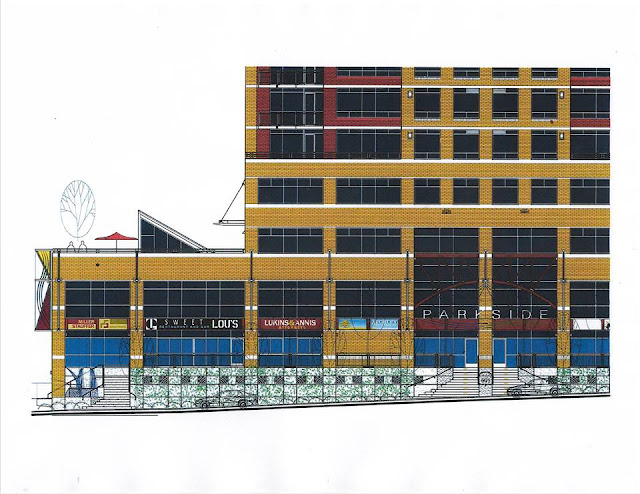 Sweet Lou's is an American restaurant with everything from salads , sandwiches and burgers up to steaks, ribs and fish . The restaurant also has a full bar, kids menu and some impressive dessert offerings. This new restaurant will also likely create some new local jobs, but no exact numbers have been released as of yet.

For more information on Sweet Lou's visit their website at -