Out with the old and in with the new, that's the case for a Downtown Coeur d' Alene restaurant space. That space is a small storefront at 206 N. 4th about 2 blocks north of Sherman Ave and across  the street from the former federal courthouse building.

At the end of November the sad news came in to the Inland Northwest Business Watch newsroom of the closure of Scrud's Gourmet Grub. The business had only been open a couple of years but had built a good size following. Scrud's had an extensive menu of burgers that even included some unusual combinations.

Scrud's isn't gone completely however, as the business owner has relocated to Ogden,Utah and plans to reopen the restaurant there at some time in the future.

But the space won't stay empty long, and the space's replacement will also be a restaurant specializing in burgers. The new restaurant will be called Schmidty's Burgers , named for the new businesses owners Nathan Schmidt and Denise Hodges.

Schmidty's Burgers has no set in stone opening date as of now, but is planned to open in February. Schmidty's Burgers will have a menu that consists of several different burgers including a specialty burger called the Schmidty Burger. All items will be cooked fresh and the menu is expected to contain a few other sandwiches and salads.

The new restaurant will fill all of the 2,200 square feet of space in the storefront and employ under 10.

No web site / social media page for Schmidty's has been located, will update this post with a link once found.

A photo of the new Schmidty's Burgers space- 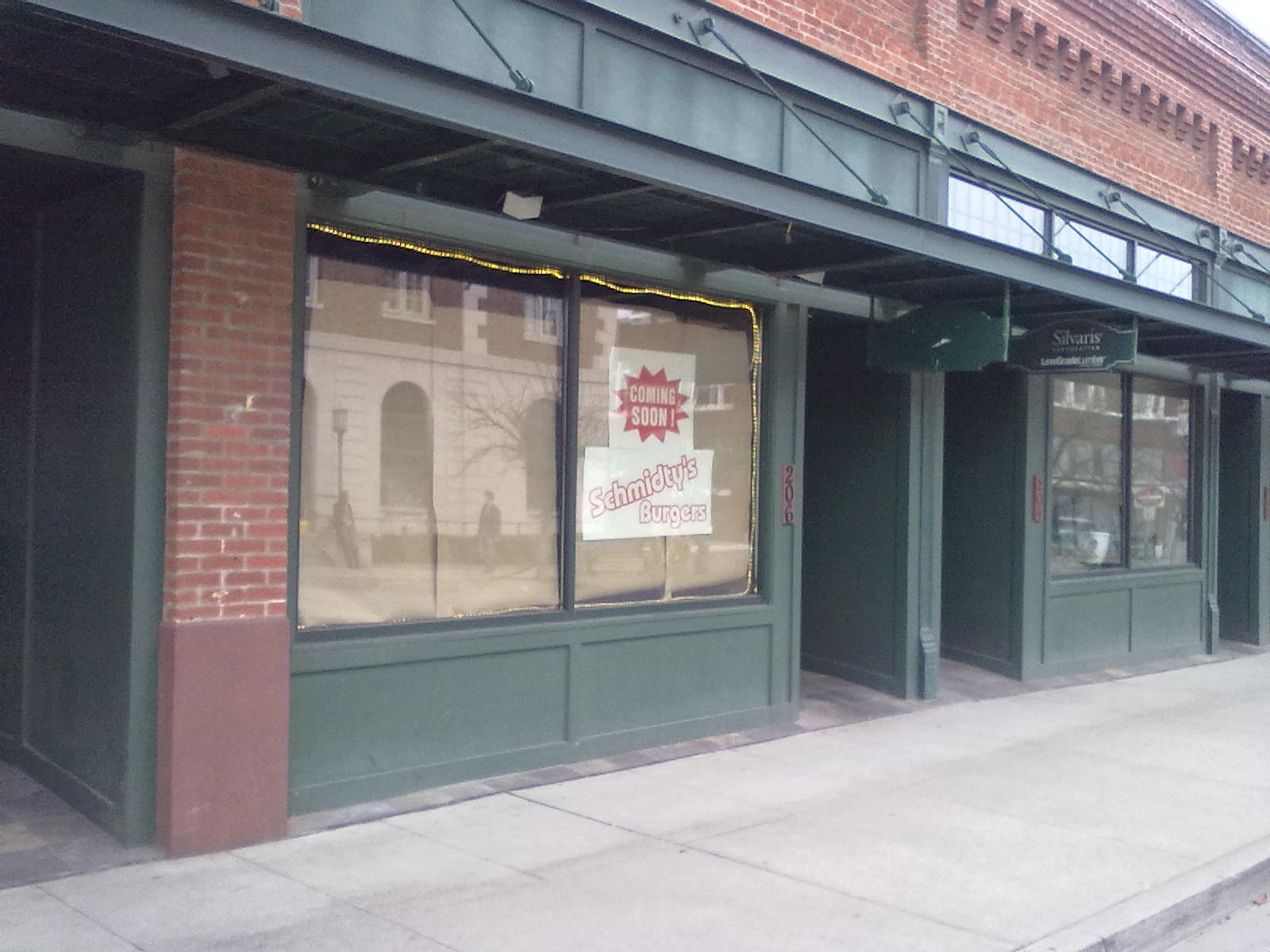 Posted by Matthew Behringer at 8:03 PM