Apollo Spas to open in formerly vacant building along I-90

Apollo Spa's is a chain, with stores around the Northwestern US and Southwestern Canada , but it's here in Spokane where they are choosing to invest right now. With a new store planned in Spokane Valley, that will occupy a building that's been sitting as an empty shell for some time now. 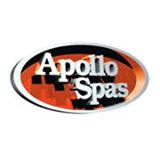 "Future home of Apollo Spas" signs have already been put up on the building at 11604 E. Indiana, just west of Pines Rd. This new location will be a relocation as the chain has outgrown it's other area location, plus the new store will mean more space and more visibility for the business.

The building faces I-90 nearby the Waste Management plant, seen by thousands upon thousands of commuters each day. The company will remodel the building for their own use with the business opening first in the northern half of the building first, then expanding to the rest of the building as construction allows. In all the new Apollo Spas building has 38,000 square feet.

Apollo Spas has been in business since 1981 , with a focus on hot tub sales and service. But, even though spas is in their name, it's not all that they sell. Apollo Spas also carries saunas , steam showers , jetted bath tubs, walk in safety tubs, massage chairs, pool tables, chemicals and filters.

No word on an exact opening date for the new Apollo Spas on E. Indiana.

For more information on Apollo Spas, visit their website at-

Posted by Matthew Behringer at 10:10 AM