With a estimated 37.1 percent increase in population between this year and 2010, Airway Heights is by far the fastest growing city in the Inland Northwest. Now, the small West Plains suburb of 8000 is growing even more with several construction projects all around the city. Including several within about a mile of the US 2 / Hayford Rd. intersection on the east side of the community.

Here's what we know of these construction projects-

The small weekly rental Bell Motel may soon be no more. Construction has yet to start, but we have learned the motel's neighbors , Auto Credit Sales , is planning to purchase and tare down the existing motel. It will likely be used for more vehicle parking for the car sales business.

Currently that Auto Credit Sales location is closed to the public, so it's unclear if they will open it for public auto sales or just an expansion of their wholesale / auto repair operations that are there now.

The intersection of US 2 and Hayford is already the site of a large Wal Mart anchored shopping center. But developer , Vandervert Developments & Hotels of Spokane , is making the center a bit larger with a new strip center directly along US 2. This is what is under construction now in-between Jack in the Box and O'Reilly Auto Parts.

Here is a look at that construction site- 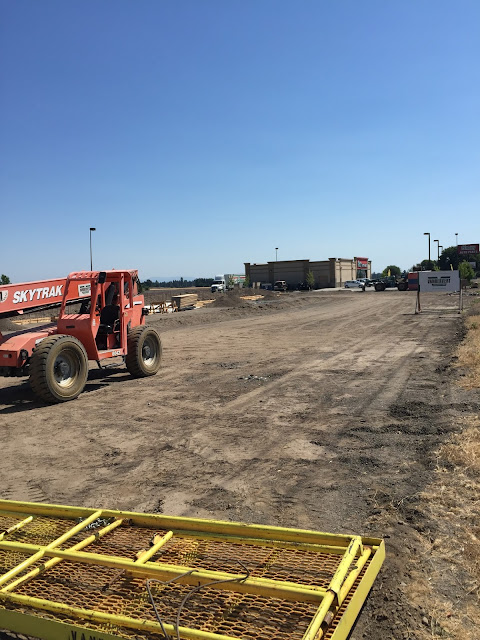 This new strip mall will be a 12,121 square feet offers seven total space for either retail or restaurants . Of those store spaces, two have already been leased with a Papa Murphy's Pizza and AT&T already signed on as opening stores there.

This is only the start has the large shopping center, called Crosspointe Plaza also has planned expansion land to the east of the main center, where a Big R / North 40 Outfitters store was once rumored to open. Today, that chain owns land elsewhere in Airway Heights but has yet to move forward with store plans there.

Further down US 2, in between Hayford Rd. and Garfield Rd. sits another construction site with the steel frame now showing... 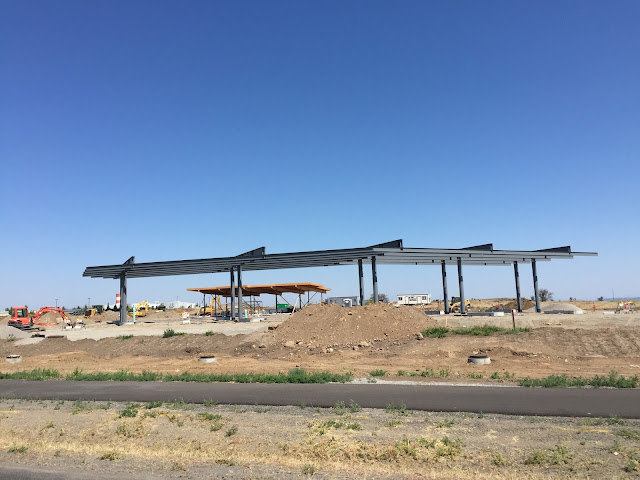 Upon it's completion later this year, this will be a new gas station and c-store owned and operated by the Kalispel Tribe of Indians. This new store will be similar to their existing Chevron at Legacy Landing only a short drive from here on Hayford Rd.

While not as big as some of their past construction projects, the Kalispel Tribe is still investing in their Northern Quest Resort & Casino. Two projects have happened recently there, first is the still in progress full upgrades of the casino HVAC system. Because of this, portions of the casino must be blocked off, but in the end guest will surely enjoy their new system.

Also, Marketplace which was originally more a retail store with coffee has been fully renovated and now is mainly a coffee shop. Marketplace does still however sell some gifts, and a selection of beer and wine. 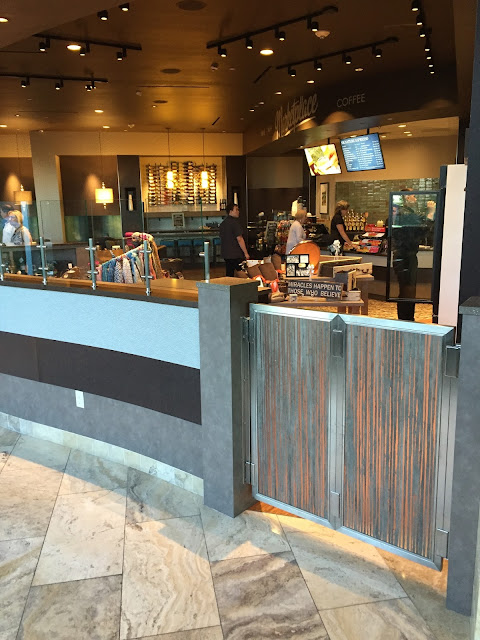 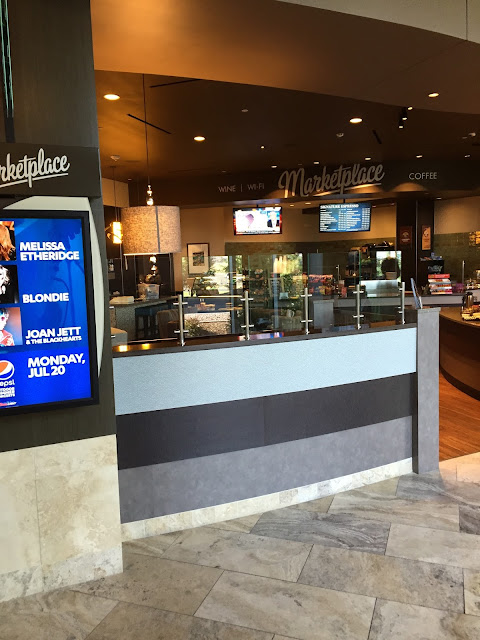 Marketplace also has a small food menu and complimentary wifi for customers. Something makes this blogger very happy:)


Keep watching for more new business news from Airway Heights, and all of the Inland Northwest!
Posted by Matthew Behringer at 11:00 AM