Looks like there is still hope for Spokane's long vacant Ridpath Hotel . Local development firm ,Wells and Company headed up by developer Ron Wells is moving forward with their plan for the historic high rise in the heart of Downtown Spokane.

Ownership and legal issues have tied up the structure in it's empty status for the last couple of years but regardless of the fact that not all issues are resolved ,Wells feels confident enough to begin marketing the renovation plan for the Ridpath which if all goes as according to plan should be open by the Summer of 2014 ( proposed to open in June) .

Unlike in years past the Ridpath will no longer be a hotel under the new plan. The building will be used primarily for micro-apartments with commercial space on the street level. The apartment's planned are small which does allow for more units to be included in the building.

1 bedroom apartments will make up a portion of the building with a suite in the building going for about 1,400 per month. However a large section of the structure will be the fore mentioned micro studio apartments. These studio's will only take up 241 to 330 square feet of space and will rent for $395 to $455 a month.

Despite the small size the Ridpath Club Apartments couldn't have a more central location to all of Downtown Spokane. The building which was originally built in the 1950's is located in the 500 block of W. Sprague Ave. about 2 blocks from the STA Plaza and a short walk to all of Downtown including River Park Square and Riverfront Park.

The new apartment building will include many on site amenities as well , including...
-Underground parking garage ( parking does include an additional cost)
-Private storage including bicycle storage
-Fitness Center
-Theater Rooms
-Washer and Dryer in the 1 bedroom units
-Laundry Facilities
-Community Lounge
-Swimming Pool
-Great views of the city and surrounding area's on upper floors.

Rentals at the Ridpath Club also have all utilities included in the rent. Here is a look at the floor plans of the purposed apartments ( provided via the Ridpath Club's advertising on Spokane.craigslist.org ) - 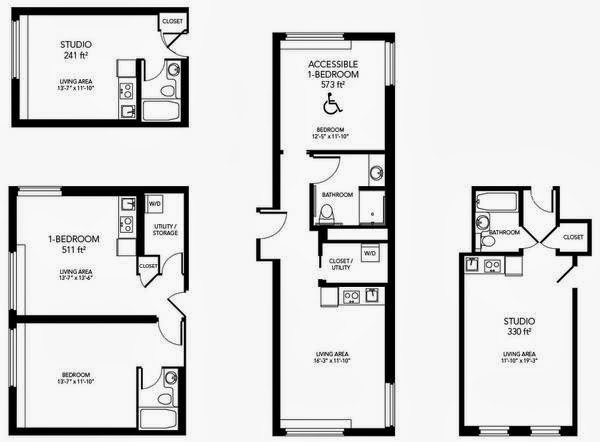 Also, here is a look at what The Ridpath will look like once the renovation work is complete ( Note: much of the building will keep it's current historic look ) 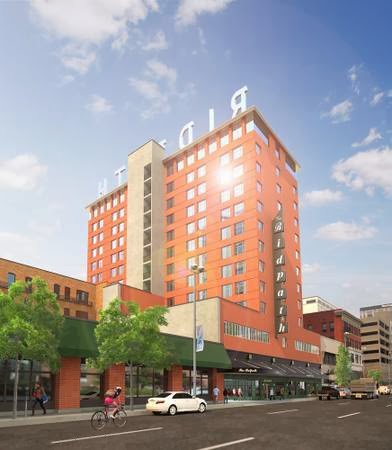 Posted by Matthew Behringer at 5:42 PM