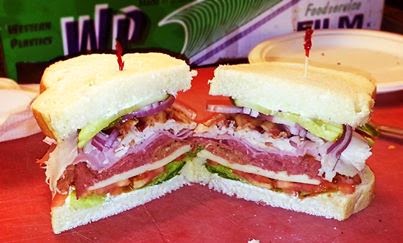 Northern Quest Resort & Casino in Airway Heights has another dining option with a new restaurant now open in the Casino's food court area. The new restaurant is a deli style eatery located in the former Villa Italian location.
Villa was operated as a franchise of a chain, but the new business is locally owned and operated by Northern Quest and the resorts parent, The Kalispel Tribe of Indians. This new deli will go by the name The Deli and is already open for business.

The Deli has a menu of delicious and fresh made sandwiches, soup , pizza and stromboli . Also, The Deli will offer a full breakfast menu in addition to the regular menu. Diners can choose to dine in at the food court's seating area or take their food to go.

Although Villa is now longer part of the restaurant line up for Northern Quest Resort & Casino . That chain does still operate one location in Suite 2010 of the of Spokane Valley Mall food court.

Northern Quest is located at 101 N. Hayford Rd. , north of US Route 2 in Airway Heights.
Posted by Matthew Behringer at 11:00 AM