Dickey's Barbeque Pit is a growing national chain of fast casual BBQ restaurants that added it's first Spokane location back in 2013. Today, that location is going strong at 12628 N. Division in the Wandermere area. The Wanderemere Dickey's even won Best of Spokane 2015 award for best BBQ in Spokane Coeur d' Alene Living Magazine.

But, now Dickey's is looking to build on the success of their one local location. This month the Texas based chain announced they have inked a franchise agreement with Dickey's Owner / Operator Mark Engberson and Palouse Restaurant Group to open five new locations all in the Eastern Washington / Spokane area. 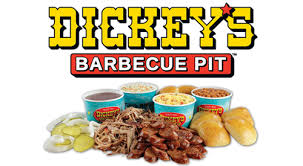 It has yet to be announced where all the five Dickey's locations will be and when they will open. In fact we assume it may be some time before they all open. However, Dickey's Barbeque Pit has signed a lease for a location in the Spokane Valley. The Spokane Valley location will likely need to be remodeled as the building has been vacant for sometime. The building was last used as a local restaurant at 14720 E. Sprague.

The local franchise owners own a variety of fast food and fast casual restaurant franchise locations all around our region. The group owns locations of Carl's Jr. , Subway and Wingstop. With over 80 years of combined experience in franchise food service.

Dickey's Barbeque Pit is the largest barbeque restaurant chains in the nation. They we're founded in 1941 with the goal of authentic slow smoked barbeque. All meats are still smoked on site at their resturants , allowing them to live up to the chain's motto " We speak barbeque ".

Keep an eye out for more on where these new locations will open and when. And, for now for more information , including a look at the chains menu, visit their website at-

www.dickeys.com
Posted by Matthew Behringer at 8:50 AM