Remedy, a new bar / restaurant coming to the South Hill

A group of well known local restaurateurs and business owners have acquired the former Grand Cleaners building on the South Hill. There they plan to do an extensive remodel to the building and open an all new bar and restaurant.

The building, which is next door to The Hop Shop close by the corner of 38th and Grand could re-open as this new bar as early as December. No date has been set yet as the new bar, which will be called Remedy will really change the look of the entire structure, even adding some cool new rooftop dining space. Here is a look at one Remedy will look like once it opens- 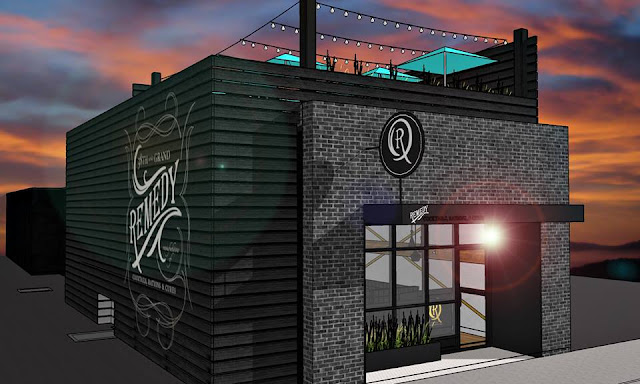 Remedy's menu has yet to be made available but the motto seems to give some clues. As Remedy's motto is cocktails, cures and rations . We'll continue to keep you updated as we hear more about the drinks, menu and employment numbers.
Posted by Matthew Behringer at 11:00 AM