Located not far north of Downtown Spokane, and nearby the Rock Pointe Office Campus, at 418 N. Sharp sits the former home office for the Pizza Pipeline restaurant chain. The building may not look like much, but it's recently come under new ownership, and exciting things are about to be happening inside it's grey concrete walls. 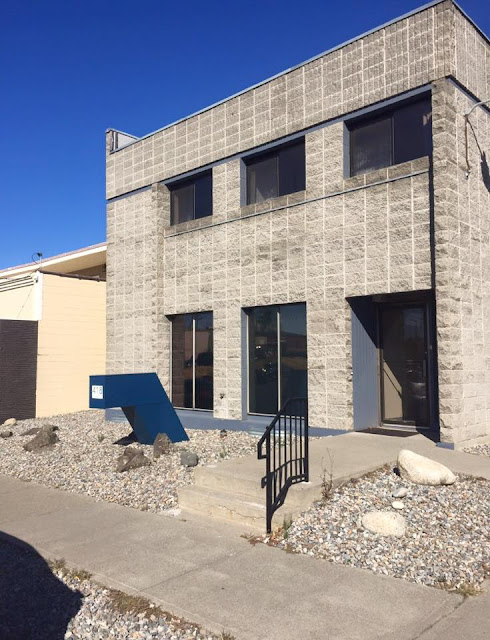 The office building was recently acquired by well known State Representative and local businessman, Kevin Parker.  Parker, who owns the Spokane area Dutch Bros. Coffee franchise locations, plans to use some of the space as new home office for his Dutch Bros. ventures. But he also plans to give back with the remaining office space.

The remaining office space, about half the building, will be leased out at a discounted rate to local non-profit organizations. Much of the space is already spoken for, with the following groups planning to set up shop in the building-

As of my writing this ( which, mind you, was sometime before this gets posted ) two more office spaces are still empty and waiting to be filled.

Kevin Parker also continues to invest elsewhere in the Spokane area. Construction is well underway for another new Dutch Bros. Coffee location, this time in Spokane Valley. The new Dutch Bros. will be at 20 N. Pines Rd. , next door to Denny's and out front of the abandoned former Albertson's grocery store.
Posted by Matthew Behringer at 9:20 AM