Kootenai Health's only full hospital, Kootenai Medical Center , in Coeur d' Alene has been undergoing a massive expansion for sometime now. A large new two story addition is now up on the east side of the hospital's property, set to open to the public sometime next year. But as that expansion comes to it final steps, the locally based health care system is planning another major construction project. But this time the expansion is coming to the Kootenai Health Park property in Post Falls.

Here is what the property will look like once the expansion is completed. The building that is currently there can be seen in the front with urgent care signage on it... 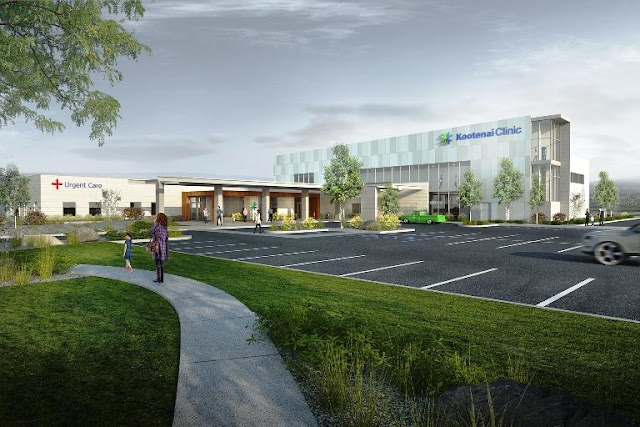 The expansion will not make the facility into a full hospital but will greatly expand the health care offerings at the Post Falls facility. Part of the reason for the expansion is " Post Falls is growing and so are we " explains a rep. from Kootenai Health.

The new expansion is a 2 story addition with 22,000 square feet of space. Also, it will create 20 new permanent jobs and take about a year to 15 months to complete. Also, Kootenai Health recently purchased a church building nearby it's Coeur d' Alene hospital for office expansion and a new child care center.

For more information on Kootenai Health, visit their website at-