A few months ago it was announced that local developer / businessman Jerry Dicker had purchased the historic Montvale Hotel in Downtown Spokane. The hotel was purchased after being in receivership from the Bankruptcy Court, and already had two restaurant spaces, both of which we're empty at the time of sale. Dicker, announced with the sale that he intended to promptly attract businesses in the restaurant spaces.

Mr. Dicker has followed through with his promise to bring restaurants back to the Montvale Hotel building. One being The Gilded Unicorn now open in the basement space that was once home to Catacombs Pub. And, now the other space, located on the ground floor of the hotel has a new restaurant moving in.

That space, is adjacent to the hotel's lobby and will be the new home of a restaurant that's already been open for business in the same neighborhood as the hotel. The space is being remodeled for the Brooklyn Deli & Lounge. 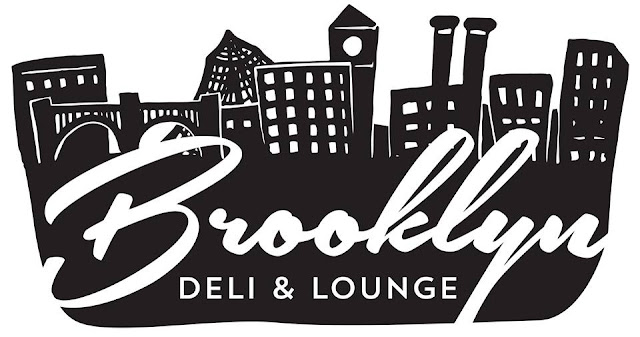 Brooklyn Deli & Lounge closed in the former location about a block south of the Montvale at 122 S. Monroe at then end of last week. The business will remain closed for a short time, before hopefully re-opening sometime in March.

The new Brooklyn Deli & Lounge space will now be more visible, directly at the corner of S. Monroe & 1st Ave. . Both their deli and bar portions business will be located in the Montvale Hotel, with the deli up front by the windows and the bar area directly behind it. No word on what business may replace their current storefront.

Brooklyn Deli & Lounge is locally owned & operated business that serves a full menu of delicious sandwiches made fresh to order. Also, the bar serves a good amount of drinks with a full bar that also includes beer & wine.

For more information on Brooklyn Deli & Lounge, find them on Facebook at-

https://www.facebook.com/brooklyndelinlounge
Posted by Matthew Behringer at 10:00 AM