First look at the plans for the Jensen Byrd Building

Just a couple months after the announcement that JB,LLC ( of which McKinstry Spokane,LLC is a part ) would be the developer for the WSU owned Jensen Byrd Building, we're getting a look into what might be for the landmark building.

The building has been a landmark at 131 E. Main, in a gateway position between Downtown Spokane and the University District. But, unfortunately it has sat empty for many years, despite it's large size and numerous use possibilities. But, now it's looking like there is hope for new life at the Jensen Byrd Building. Only catch is there is no official construction timeline, and with a possible $50 million dollar price tag for renovations / additions , it likely won't be opening tomorrow.

The current plan shows a full renovation to the existing building, and a large addition for new office space coming off the side of the existing structure. Also, as a solution for the parking needs created by the new building use, a four story, 400+ parking garage is included to be built directly next door, along Martin Luther King Jr. Way, which is currently a vacant lot.

This look comes from public records from a pre-development conference with the City of Spokane. In the records is this profile look of the building and where additions,etc. will be located- 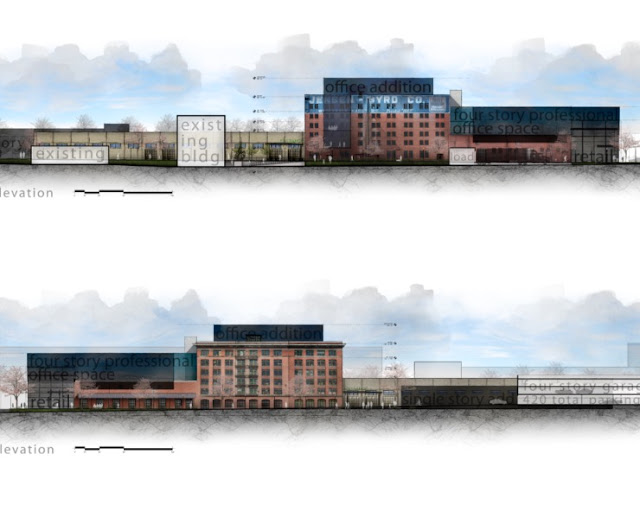 Here is a look at the plans for the site, from the records- 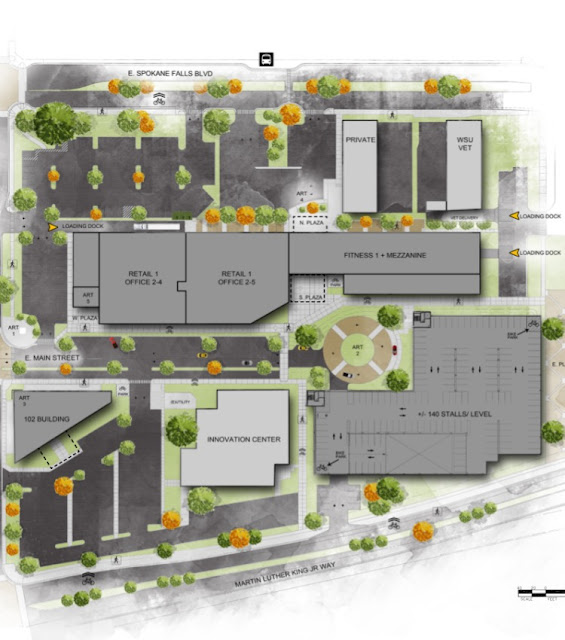 These plans are early and are by no means official yet, but still gives an idea of what might one day see at the building. Washington State University is the owner of the building, and has already expressed their desire to turn the building into a gathering place for Downtown and the students at WSU Spokane.

Any movement to revitalize the building is welcomed, as the building has spent many years now sitting un-used just blocks away from the city center. As you may recall, it was also saved from the wrecking ball a couple of years back, when a Austin,TX based company planned to remove it for a new large student housing apartment building. Of note, is the new plans contain no residential competent .

Here is a look at the building, as it looks today- 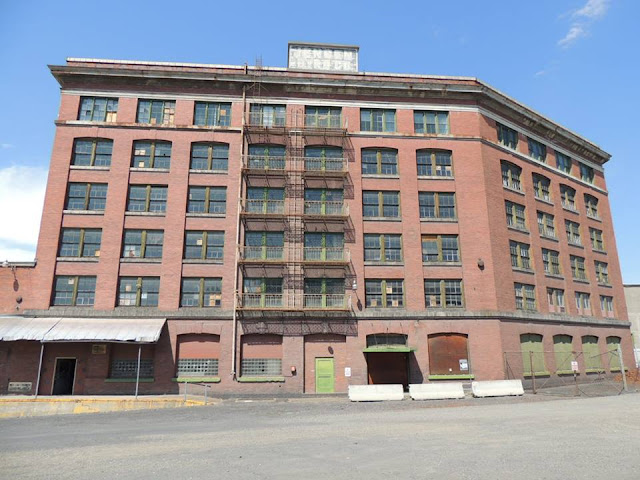 What would you like to see happen to Jensen Byrd Building? Retail? Restaurants? Apartments?

Let us know by commenting to this story's post on Facebook ( http://www.facebook.com/inlandnorthwestbusinesswatch ) . And, while your there be sure to like our page!
Posted by Matthew Behringer at 4:36 PM