Roger's Burgers & Ice Cream has been a locally owned & operated business in the North Idaho community since 1940, starting originally in Moscow then coming north to Coeur d' Alene in the 1980's. The business has proven to be favorite spot for many and in recent years has even seen some expansion with the opening a second location on Neider Ave. by K-Mart opening in 2012. The main Roger's also is going strong on Sherman Ave, just east of Downtown Coeur d' Alene.

And, now Roger's is about to expand their reach once more with the recent groundbreaking of a third location, this time in Post Falls. Construction should take about 5 months which places the opening for Roger's Burgers Post Falls sometime around the end of the year. It will be a new construction stand alone building, now under construction across the street from Post Falls City Hall at Spokane & 4th St. . 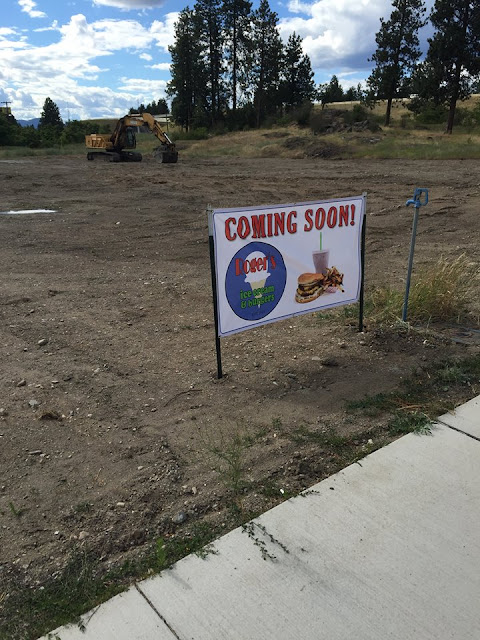 The new Post Falls location will be around 2800 square feet and will have both indoor and outdoor seating areas along with a drive through. The menu will be much of the same from Roger's other locations including: fresh ground beef hamburgers, turkey burgers , veggie burgers, fresh cut French fries and homemade kettle chips.

And, of course dessert will play a big part in the Post Falls Roger's Burgers location with over 16 different flavors of hand dipped ice cream and shakes & malts available in most any flavor!

Posted by Matthew Behringer at 5:56 PM