Once one of Spokane's favorite coffee shops, operating two locations and separate clothing store ( Wearable Assets ), Chairs , is apparently no more. This after the unexpected news this week that Chairs Public House, nearby Gonzaga at 1305 N. Hamilton is now closed down for good. 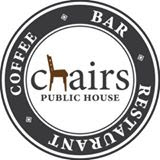 Chairs last day of operation was June 9th, the business closed due to what they call " various business reasons " . All employees of Chairs we're laid off although the business is working to help find their staff positions at other establishments.
Chairs Public House was, sort of a coffee shop during the day and bar at night, with full food menu. An idea that in theory makes cense for the neighborhood near a major university. Chairs had been in the former Bulldog Tavern , an iconic bar and restaurant that also went out of business a few years back.
While the news of Chairs Public House closing is not positive, it's important to note that the area around Chairs ( Logan Neighborhood / Hamilton St. corridor ) is not without similar establishments. In fact, we recently learned the Garland Avenue Drinkery is moving to this very area soon, in the former Pizza Oven location at 829 E. Boone.
Additionally these similar establishments are also nearby...
Jack & Dan's 1226 N. Hamilton
The Star Bar 1329 N. Hamilton
Starbucks 1217 N. Hamilton
And, many more including a new version of the Bulldog Tavern that's set to open, this time actually on campus at Gonzaga.
﻿
Posted by Matthew Behringer at 2:32 PM