The details of the new tower have yet to be seen by public eyes, but it is now confirmed that the Coeur d' Alene Resort does have a second tower in the development phase.

The Coeur d' Alene Resort, which is owned and operated, by The Hagadone Corporation revealed it's plans by asking for public street to be vacated in Downtown Coeur d' Alene to make way for the new tower. Because we haven't seen Hagadone's plans yet we don't know what all would be in the new tower. But, we can only assume it would be primarily used for hotel rooms, the upper floors at least. 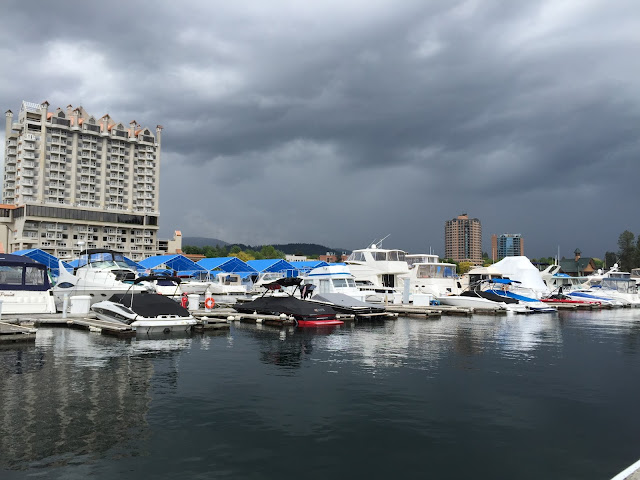 The Hagadone Corporation is asking to vacate a short portion of Front St in-between current Resort building and the Resort Plaza Shops shopping mall, which is also owned by Hagadone. A small portion of the current roadway would stay for access by the Centennial Trail and emergency vehicles.

If this development it will be the first actual addition to the Coeur d' Alene Resort since it's opening, although many upgrades have occurred on the interior. This second tower has actually also been a rumor in the past, more then once...

Keep watching this site for more, the exact details of the project will likely be released in the near future.
Posted by Matthew Behringer at 3:55 PM