Drive In Theater coming soon to Hayden? Sorry,but probably not. 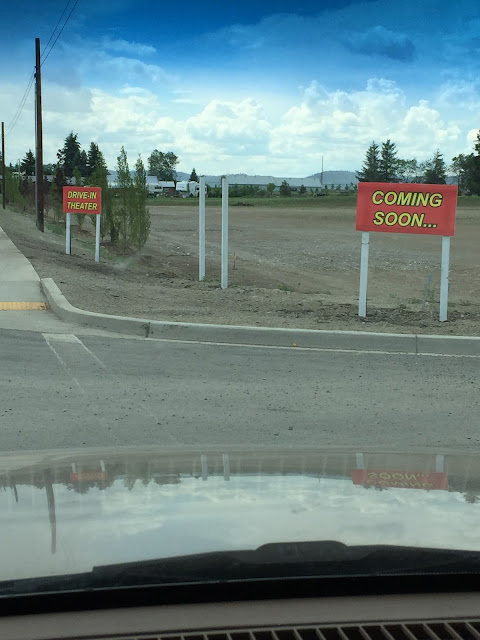 On my way home from work last week I noticed these signs on Prairie Ave in-between Huetter Rd. and Meyer Rd just outside of Hayden. Turns out I wasn't the only one as a few people asked me about this planned drive in theater that is apparently " coming soon " .

And, while it's a great new business idea, it looks to be nothing. Despite what the signs....

The owner of the property , Corky & Ginny Hughest , put up these signs as a " joke " to  "make people smile ". The Hughest's as it turns out don't even have the proper building permits for a drive in theater. Causing quite a stir with the Kootenai County Planning Department.

They do plan to build on the land soon, as they already have an active building permit for the site for something a little less cool... mini storage units.

The signs that advertise the drive in theater have been removed, after actually only being up for a couple of days. White posts for a new sign are now there instead, likely for the mini storage whenever they start construction on that project.
Posted by Matthew Behringer at 12:05 PM