New business leaks - Natural Grocers coming to Spokane, Where Dutch Bros. will be in Spokane Valley

A lot of times while doing research for this blog I come across big projects and new business openings well before they are announced to the public. And, just this week I got a couple of big tips this way so, I figured I'd make mention of them here and now. We will surely have full details on both soon...

Dutch Bros. Coffee is opening in Spokane Valley, but where?

Recently State Rep. Kevin Parker, local politician and owner of the Spokane area Dutch Bros. Coffee locations went on air with KZZU's Dave, Ken & Molly to promote / announce a new Dutch Bros. location. He did say the location would be in Spokane Valley, but said he won't announce where until June 5th. 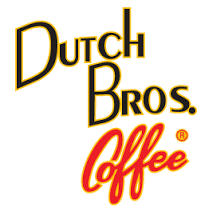 But public record is this business bloggers best friend, because Dutch Bros has already done there pre-application for a site in the heart of the Valley. Now, keep in mind I have no affiliation with Rep. Parker or Dutch Bros. so this may not be correct, but if the permit site is correct the new Spokane Valley Dutch Bros will be at...

Near the corner of Sprague and Pines, possibly on the same property as the former Albertson's Grocery Store there.

All Dutch Bros. are drive thorough and those familiar with this part of the Valley will make note of the large empty parking area / small vacant lot around the old Albertson's. While this new Dutch Bros. Coffee location is welcomed we can only hope this may be the key to filling that old abandoned Albertson's. It's looking pretty sad beat up with a sign still there advertising a health and wellness expo held there 3 years ago!

When I contacted Natural Grocers corporates offices they said their management hadn't let them know of any plans for a new Natural Grocers store in Spokane. But since the Colorado based chain is already open for business in Coeur d' Alene and Trader Joe's is making in roads into the Spokane market it only makes cense that they would target Spokane for a new location.

And, that looks like just the case with another pre-development application for Natural Grocers store. And, probably not by co-incidence this application is not far away from where Trader Joe's is working on their new North Spokane location ( that will be in Franklin Park Commons shopping center) .

If it works out Natural Grocers will make their entry into the Spokane grocery market at 4511 N. Division. This is the same building as Office Depot and the Sports Outlet. The current store plan calls for the store to be in a new expansion to the building on the north side by the Chevron gas station. It will also likely include some new parking lot upgrades.

The plan calls for the store occupying 16,000 square feet of space and may or may not take some of the Office Depot space since that store also has a building permit in for a new floor plan and some other upgrades. This could be because of the new Natural Grocers.

Posted by Matthew Behringer at 8:59 AM