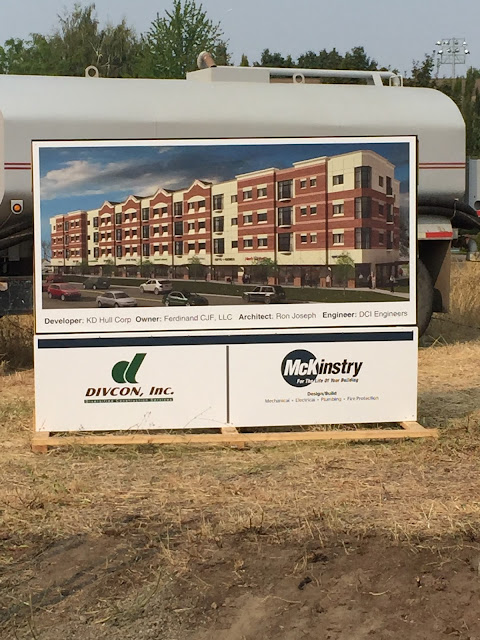 The Matilda Building will be Spokane's newest mixed use building, a large four story sturucture taking up an entire block. The building will bring 57 apartments for " young professionals " and a mix of retail shops and restaurants along the ground floor facing N. Hamilton. The building will rise at 1028 N. Hamilton and will be a development of some pretty famous names, both locally and nationally. The project's groundbreaking ceremony was this morning and Inland Northwest Business Watch staff was in attendance, here's the scoop... 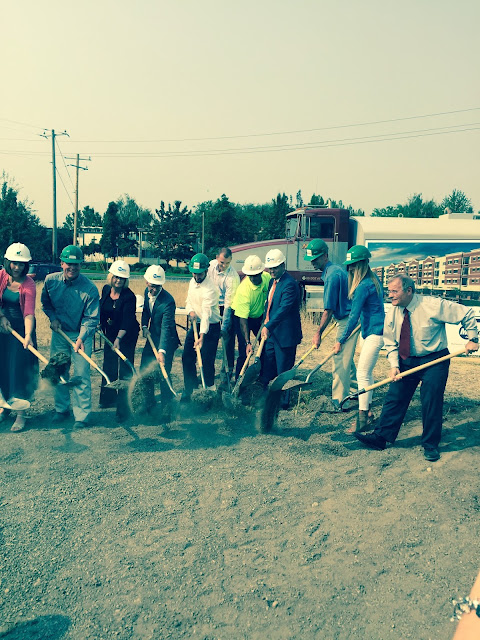 The Matilda Building's groundbreaking was well attended with many local government officials and business people on site. But perhaps the most well known is the building's part owner, Spokane native John Stockton.... 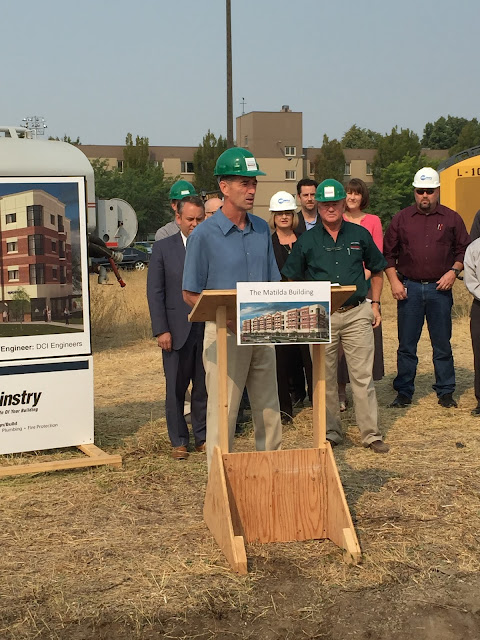 This development will also be partly managed by Houston Stockton, John Stockton's son who is hoping to get some experience in construction management.

Mayor David Condon and City Councilwoman Amber Waldref ( the project falls in her district ) we're also both in attendance. Mayor Condon spoke of the building helping to beautify the Hamilton corridor heading north from the freeway. It was also mentioned that the building is intended stay there for 100 years, not 20 to 25 and get replaced. 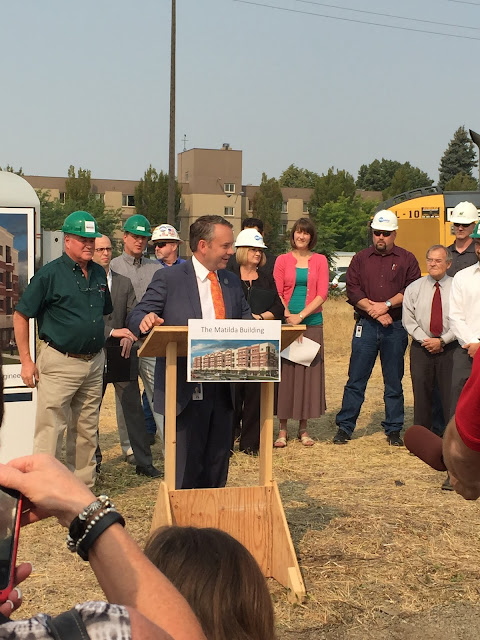 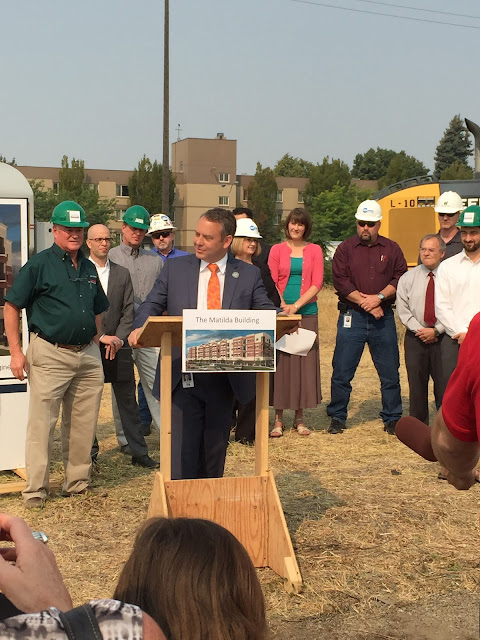 Also involved in the building's management will be done by Kent Hull, seen above in the green shirt. Leasing of the remaining commercial storefronts will be done by Byrd Real Estate of Spokane. One space is already leased but the name cannot be given yet. That space is a 5,000 square foot unit and will be a " well known " coffee shop. It's unlikely it will be Starbucks however since there is already one only a couple of blocks north of here on Hamilton.

This groundbreaking has been a long time coming as the project has been on the books for many months now. If all goes as planned, much of the building will open in August of 2016 and it was revealed today that actual construction at the site will likely start next week with walls up by Christmas.

The Matilda Building will also act as a bit of catalyst for future development in the Hamilton St. corridor which has already been changing in the last couple of years. A new bar is scheduled to take the place of Chairs Public House nearby here, and more apartments are planned over off of Trent.
Here is a look at N. Hamilton looking north from the Matilda Building's site- 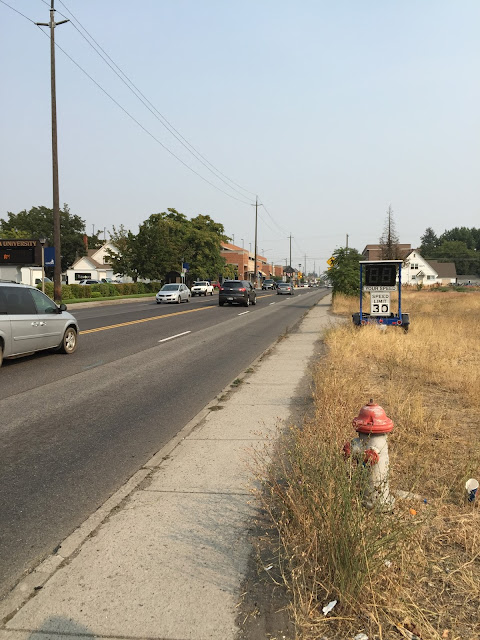 What would you like to see come to this corridor? Is the Matilda Building project a positive or negative for this transforming section of our city? Let us know on out Facebook page anytime at-


Posted by Matthew Behringer at 2:36 PM