While it was recently announced that the Downtown Spokane Macy's store will close it's doors in March, the news is not all bad for the businesses in the city center. This as, another new national clothing retailer, announced today, plans to open a store in the newly renovated Bennett Block building.

The retailer is the popular outdoor / work gear company, Carhartt . The company will be the anchor tenant of the building, going into the vacant space at the corner of Main & Howard. Construction will start soon with the business opening planned for sometime in the fall of 2016. The space the store is opening in is roughly 5,800 square feet and there is no news as of yet about how many jobs this store will create.

Carhartt is based in Dearborn,Mi and is a family owned company, that is still operated under the supervision descendants of the company's founder. The company, which is known for it's durability and reliability has been around since 1889 and continues to grow. The Downtown Spokane Carhartt retail store will be the first of it's kind in the Inland Northwest, with the next closet store being in the Seattle area. 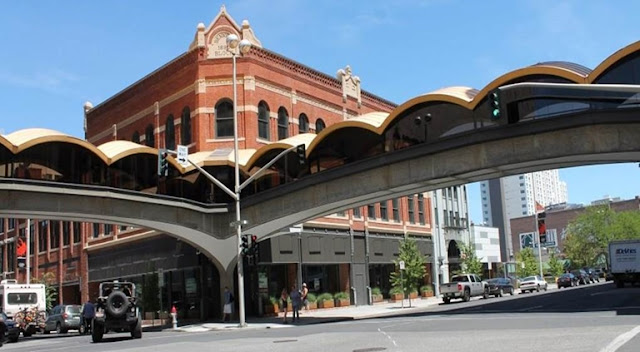 The news of the Carhartt store opening also means the Bennett Block Building's ground floor retail space is now completely full. This after the historic building was fully renovated and updated just recently. Other tenants in the building's ground floor space include Mizuna , Rocky Rococo Pizza and Indaba Coffee among some other office tenants on the upper floors. Some other spaces are also still available for lease, with NAI Black marketing the building.

For more information on Carhartt, visit their website at-