Although still in the planning phase, a new Fairfield Inn & Suites hotel is in the works for a site on Northwest Blvd. , near the junction with US 95 in Coeur d' Alene. The hotel would be built new on a lot that today,still has a small motel sitting on it. The site is seen here, with the still open Garden Motel on it- 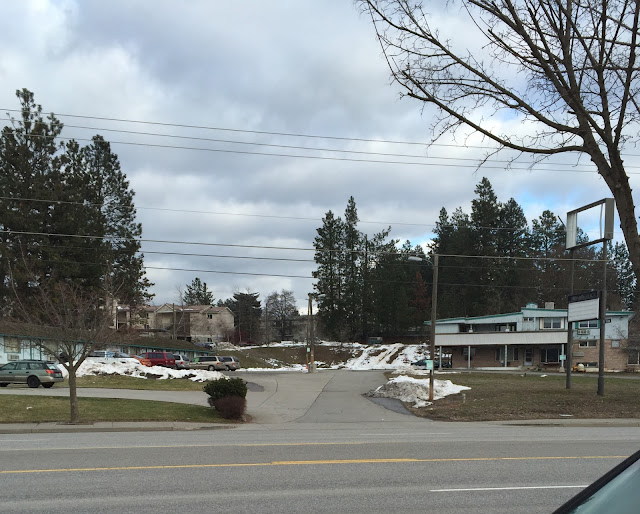 The plan, which has not yet been officially approved calls for the new hotel to be built on a portion of the property. The hotel would be 4 stories with 56,000 square feet in all and an undetermined amount of new jobs created. The hotel will have 108 guest rooms and an on site surface parking lot.

Some surplus land would also likely be developed but as of now no plans are in motion for that space, perhaps a restaurant or similar. A drive though location of the Lean Bean Coffee also sits on the lot, directly off of the main road, the land owners hope to keep them in place at the site.

No news as of yet about a construction date or opening date so we will continue to watch this project...
Posted by Matthew Behringer at 5:34 PM