We don't have much info yet , but have learned that the space where Madeline's once was will be filled once more soon.

"Suite A-12" of the Crescent Court building at 707 W. Main in Downtown Spokane has a pending building permit for a new Mod Pizza location. This will be the second location in Spokane after a location opened just this month at Regal Plaza on the South Hill. Another is planned in Coeur d' Alene to be opening in July.

Because it's early we don't know when this new location will open but it will likely be very similar to the other locations of the Western Washington based chain. Mod Pizza usually employ's about 40 and is a fast service pizza chain.

Mod Pizza creates their artesian style pizzas made to order via a unique 800 degree oven. For more information on Mod Pizza visit- 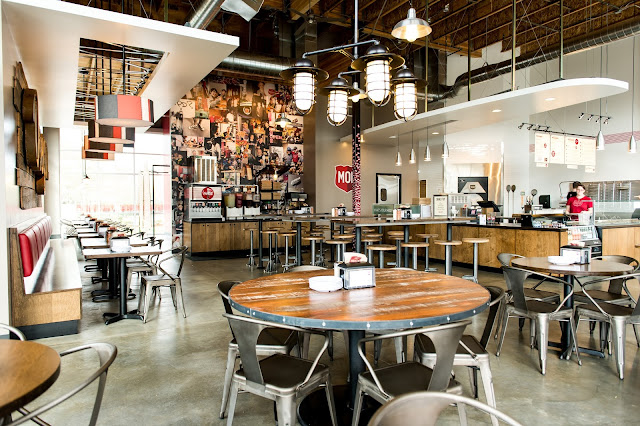 We originally mentioned that it looked like a Bruchi's Cheesesteak & Subs location was to possibly take over the former Madeline's location. Bruchi's is coming to 707 W. Main but will instead replace what was a Pita Pit location.

We don't know if Pita Pit will be re-opening elsewhere Downtown but they are now closed at the Crescent Court Building and tenant improvements are already underway for Bruchi's.

Madeline's is still in business, in a new location in the 400 block of W. Main near the Liberty Building.

Posted by Matthew Behringer at 7:31 PM