Downtown Coeur d' Alene, down on the lake and Sherman Ave. can be an awesome experience with all the cool local business and scenic views . But my favorite section of the Lake City has always been Midtown Coeur d' Alene.

Midtown has a kind of cooler more alterative feel to it. Almost like a Downtown section just for the locals to know about. And as we approach the warmer months of 2015 an influx of new businesses is looking to set up shop in Midtown.

Capone's Pub & Grill at 751 N 4th St has already started construction on an expansion of their building. The project will expand the seating area, etc... onto a lot to the south of the originally building.

Capone's Pub & Grill is a local favorite restaurant with this location and another in Post Falls. They we're even once featured on Guy Fieri's Diners, Drive In's and Dives aka Triple D. That episode is still occasionally replayed on Food Network and a " Guy ate here" logo is visible inside of Capone's 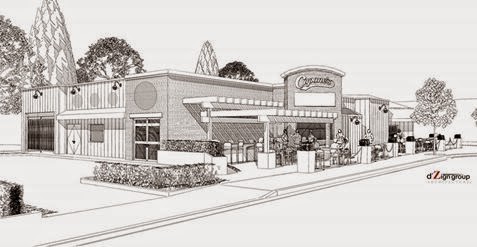 Mid City Pub is located in the former Bo Jack's bar and is significantly smaller then Capone's but is still pretty cool in it's own right. Mid City has some small plates of food in addition to craft beers and some wines.

The building which is actually a historic home was last used as another small business called Rustic Romance which apparently went out of business. The building will be extensively remodeled for this new use and that work is underway right now. 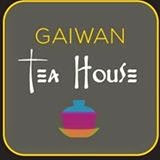 Gaiwan Tea House is described as being an organic loose leaf tea house. We are waiting to see when this new business will open their doors.

We're expecting a grand opening to be in the near future for Pack Rat Estate & Junk Store a cool new locally owned and operated business that will fit right in with the other second hand / thrift stores that dot Midtown's landscape.

Pack Rat Estate & Junk Store will open in the space that was last The Stash Box at 812 N. 4th.


Bare Culture Kombucha still in business, but not in the 800 block of N. 4th

For one reason of another the Kombucha tap room and store has moved out of the space next door to the new Mid City Pub in Midtown. But the business, which is Bare Culture Kombucha is still very much alive and in fact they are still a part of Midtown.

Bare Culture Kombucha is now sold and brewed at 1701 N. 4th .  In addition their products are also sold at many health food stores, resturants and similar businesses all around the area. Including in a small store space within Winter Ridge Natural Foods in Sandpoint.

Next door to Lett's Auto Repair in Midtown Coeur d' Alene is a new car wash to replace the old. The car wash is all newly upgrades with a cool new mural on the side of the building making it easily visible from N. 3rd.

The car wash is now called Surf's Up Car Wash and is located at 1114 N. 4th and also includes a full service detailing department.

Located on the same property as Surf's Up Car Wash in the 1100 block of N. 4th will soon be another option for espresso drinks and the similar.

Great Escapes Espresso which is currently in Hayden at the intersection of Hayden and Ramsey plans to start construction soon on a new second location which will feature both drive through and a walk up window.

Building permits are out with the City of Coeur d' Alene to remodel the former Galaxy Gaming storefront into a hookah lounge. We don't have a name on it yet but expect it to open in the near future on the far north side of Midtown at 2506 N. 4th.

Coeur d' Alene Press columnist Nils Rosdahl mentioned in his Business Bits column a few Sunday's ago that the small shopping center at the corner of N. 4th & Harrison has been sold to a developer in Spokane who plans to replace the existing center with a new gas station and c-store.

I don't personally have the details on this project yet but believe it too be true as now 2 of the 4 tenants in the building have moved out with no new for lease signs going up. And, these we're the buildings bigger tenants... Just Roses and Interstate Office Supply.

A barber shop and small gift shop remain as of my typing this but we will keep an eye on them as well.

Watch for a separate post on this topic in the future...

And, now a visual look at what is happening where in Midtown Coeur d' Alene via the inlandnwbusiness.com Youtube page-