New shopping center in the works on Broadway in the Valley

Another new strip mall is on it's way to Spokane Valley. Site work is currently underway with actual building starting in the near future for this new project. The strip mall will be located on the Northeast side of the Park Rd. & Broadway intersection, across from 7-11. this will be first retail strip mall in the immediate neighborhood which is a primarily homes and small light industrial facilities. 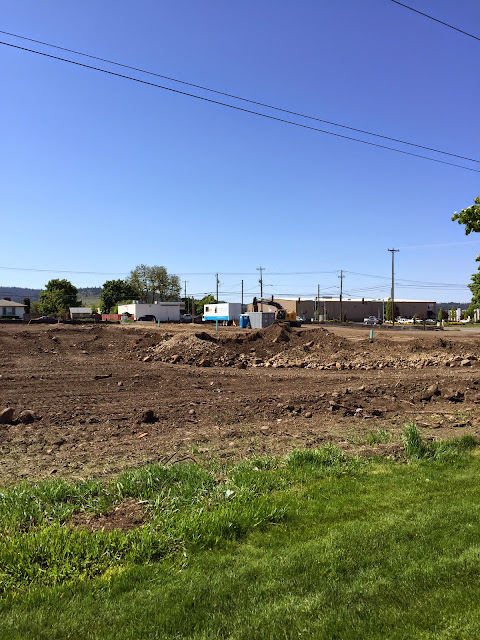 The address to the project site is 806 N. Park Rd and it is development of Headwaters Development Group. The shopping center appears to have no official name but renderings of the site show what the completed center may look like- 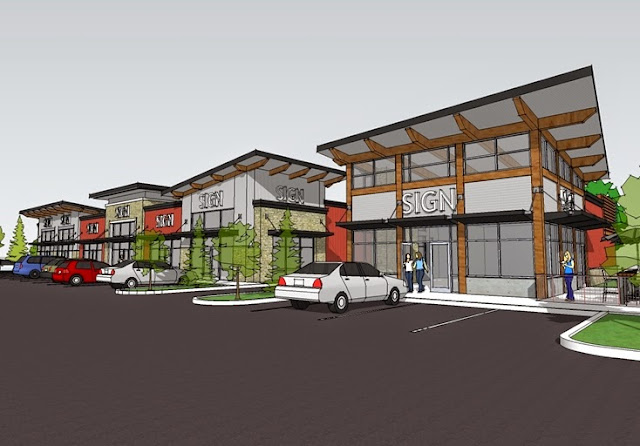 While no tenants have been announced yet for the center, the above photo shows a potential for up to 7 separate stores and / or restaurants. The building shown here are considered buildings A & B and they will face Park Rd with an entry coming in from Broadway immediately to the right of this photo.

A planned third retail building facing Broadway, next to Park Rd. is also in the plan for the site but will not be built yet. Also directly at the intersection of Park & Broadway is a pad site that is a possible site for a fast food restaurant.

Leasing of space at 806 N. Park appears to be being managed by Spokane based Cornerstone Property Advisors but I cannot confirm exact lease rates for interested businesses. Although the space is desirable being at a high traffic intersection and near schools and many peoples homes.


Posted by Matthew Behringer at 12:25 PM