Following through with the master plan, a new apartment building is under construction now, adjacent to the Riverwalk Plaza building ( 1003 E. Trent Ave. ) and just east of Downtown Spokane. This new residential component to the site is actually just north of the main building, with the apartments address being 722 N. Superior. 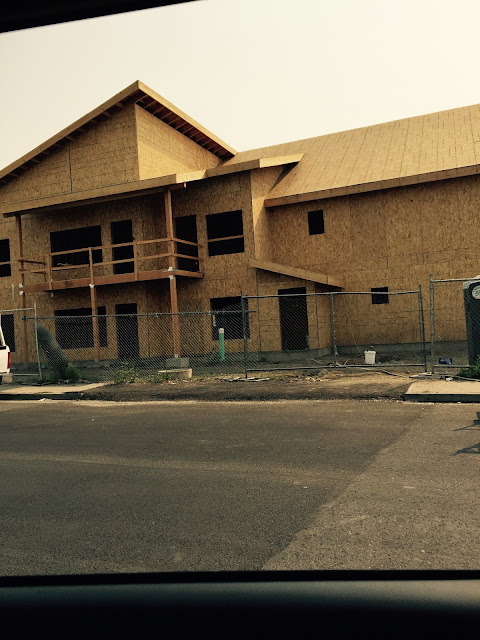 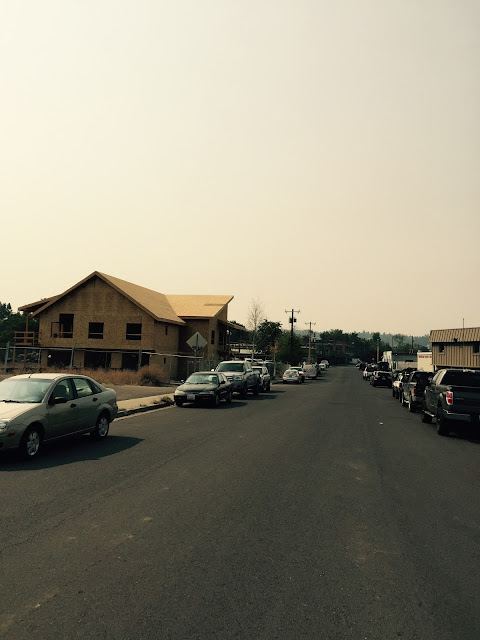 The 8,400 square foot building will house six apartments, all of which considered luxury apartments with patios facing onto the Spokane River. The building will also be close to Gonzaga and all will offer two bedrooms. It's also possible that the apartments in the new building may be converted over to condo's at some point in the future.

Build Smart Northwest is the contractor on the project and the new rental units will likely open sometime during the fall. Leasing will be done by Riverwalk.

Riverwalk Plaza is an historic commercial building located at corner of E. Trent Ave. and N. Columbus St. . It's home to several businesses, perhaps most noteworthy is the building is home to NoLi Brewing Co. brewpub in suite 170 and Dry Fly Distilling in suite 200.
Posted by Matthew Behringer at 10:00 AM