While these are not the only new business openings planned soon in the Spokane and Coeur d' Alene area, here are 3 of the most requested opening dates...

It has yet to be officially confirmed by Winco but I have many sources who say the new Coeur d' Alene Winco will be opening on November 7th. The sign out front says March 2014 but it is believed that the chain is way ahead of schedule and / or the date in 2014 is for the entire project which will eventually include businesses other then Winco.

The Culinary Stone is a new gourmet food / kitchen supply store opening at Riverstone in Coeur d' Alene. They are shooting for doors to open November 1st , with a big grand opening celebration on November 16th .

Here is the ad for The Culinary Stone's grand opening- 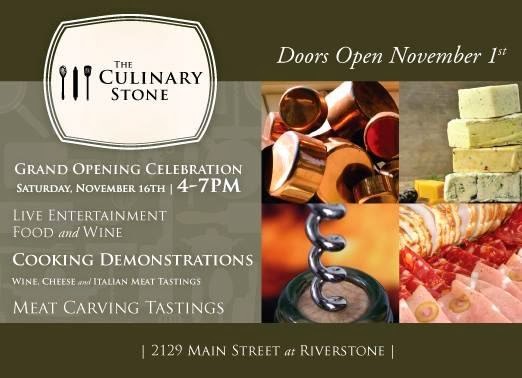 Info on The Culinary Stone-
http://www.inlandnwbusiness.com/2013/09/the-culinary-stone-opening-in-anchor.html


Note : In all 3 cases Inland Northwest Business Watch intends to visit each one shortly after opening and report on / get photos of each new business, so please stay tuned to www.inlandnwbusiness.com .


Posted by Matthew Behringer at 2:38 PM